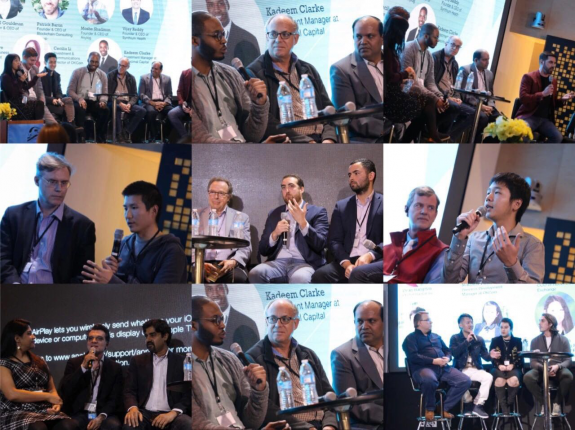 “The current EOS trading volume of Huobi ranks first in the industry,” declares Yau. “The newly launched EOS exchange will rely on the existing advantages and operational experiences of Huobi Global to ensure a steady growth for the EOS ecosystem, all the while better served its valued investors.”

In addition to the exchange, which allows users to trade EOS against many other cryptocurrencies, Yau also announced the collaboration between Huobi Global Decentralized Incubator and SVBC. SVBC will be Huobi’s exclusive partner in selecting projects to be listed on Huobi EOS in the North America region, many of which also attended the meet-up, including PLOUTOZ，, SRAM, and SWFT Blockchain.

“With the official launch, now is a critical time for us to offer the users opportunities to explore EOS as well as its DApps, and we can think of nothing better than a series of quality events, right here in the heart of Silicon Valley,” said Lin Lin, Co-Founder of Silicon Valley Blockchain Catalyst.

Silicon Valley Blockchain Catalyst (SVBC) is the first blockchain Incubator and Accelerator in Silicon Valley. The company specializes in assisting blockchain companies in shaping their business model and fund raising while offering potential investors the opportunity to engage the startups with the highest return and potential growth in the industry.

Press Release
This is a paid press release! Crypto Adventure does not endorse and is not responsible for or liable for any content, accuracy, quality, advertising, products, or other materials on this page. Readers should do their own research before taking any actions related to the company. Crypto Adventure is not responsible, directly or indirectly, for any damage or loss caused or alleged to be caused by or in connection with the use of or reliance on any content, goods, or services mentioned in the press release.
Related Articles

Hurry and Join the First-Ever...
DMarket is an innovative metaverse that enables millions of esport enthusiasts and gamers...

How to Earn Passive Income from...
Bitcoin’s price has been rising incredibly and continues to trend upward. Many people...